Monopoly: Star Wars Limited Collector's Edition
has been added to your Comparison Cart

Monopoly: Star Wars Limited Collector's Edition has been added to your Comparison Cart 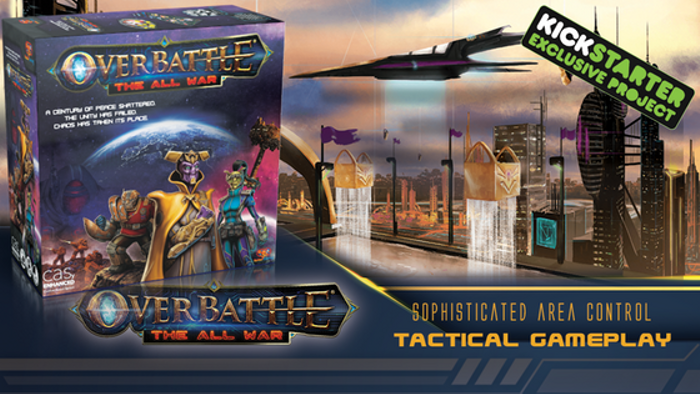 Science Fiction alive! Command your units in space using advanced tactics & keen strategies to win. Sophisticated area control. Includes a unique utilization of cross-genre gaming mechanics generally un-used in wargaming such as drafting, engine building, worker placement and semi co-op components... all wrapped inside of a classic area-control wargame wrapper. Visually stunning, 2 to 4 player gaming, with a 5th and 6th player via an expansion add-on. All-new game mechanics such as zero-setup time, and brand new characters unlike anything in gaming that brings the story into the game and the game into the story in a brand new gaming way. While you come to play "OverBattle: The All War" you leave with an experience that stays with you and drives an exciting level of replayability. Each game is unique and no two setups or experiences will ever be the same. Over 1000+ pieces, Full color game mats and elements, 40xD12 & 4x D6 color specific dice, 4-Piece Modular Game mats at 30" x 72" total size via 4 sections (76cm X 183cm) for the full deployment, 30" x 36" for 1v1 play (76cm X 92cm). Modular system fits a standard US folding pop-up 6 foot table exactly. Also utilizes the all-new, multi-tier / multi-dimensional 3D playing combat surface known as the "CASy: Combat Assault System".

New Generation of Gateway Games & Other Board Game News