Choosing different roles and hiding your agenda are popular mechanics in board games. From the frantic persuasion of Ultimate One Night Werewolf to the dark intrigues of Battlestar Galactica, they create tension and excitement. But for all the variations on this theme, it’s one that’s been done well from the start, as Citadels shows.

Originally released in 2000, Citadels is a game of city-building that has remained critically acclaimed and withstood the test of time, with over 200 players logged on BoardGameGeek in July alone. 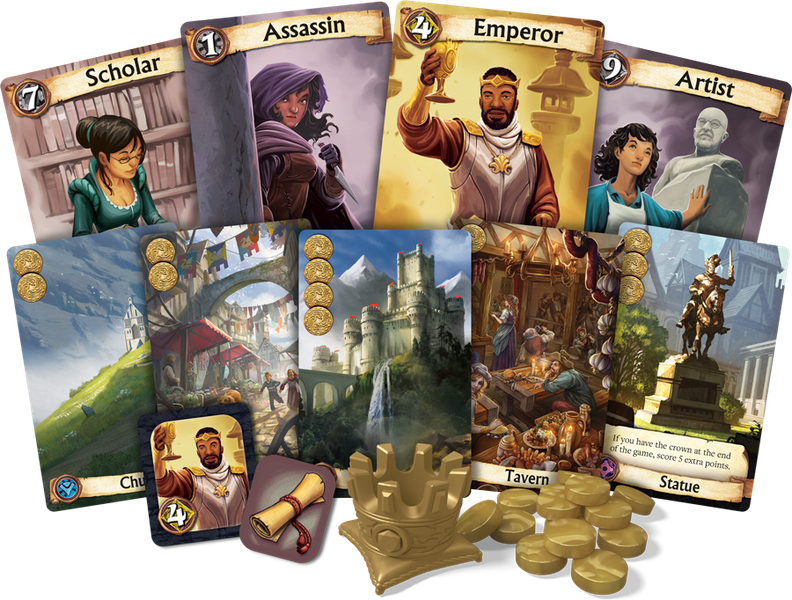 The 2016 edition with its gorgeous new art, fancier components, and streamlined rules has never been a better springboard into this beloved classic.

Simpler Than It Sounds

Like Catan, Citadels can be picked up by even inexperienced gamers in a couple of turns, with each session only half an hour long. It’s a phenomenal introductory game, as long as your friends don’t mind a little backstabbing and betrayal.

Build a city using cards: that’s the core of Citadels. But the challenge and tension of game comes from how you must select a role every turn.

In each game, there are many different role cards for players to choose from; will you be the Architect? The Warlord? The Witch? The Assassin? The King? The Merchant? 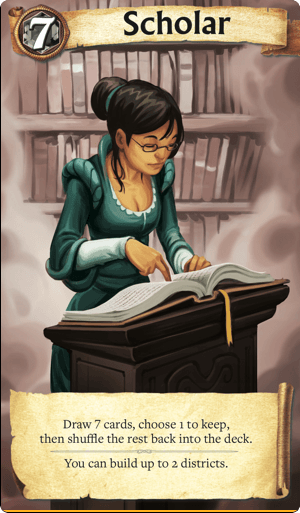 Each player must choose a card and then pass the rest onto the player on their left; after each player has drafted a choice, they then take turns activating their chosen roles, with the lowest numbered card going first. You may want to choose the Scholar in order to maximize your potential construction, but you might want to take the Assassin to prevent the player in first place from running away with the game…

Stand the Test of Time 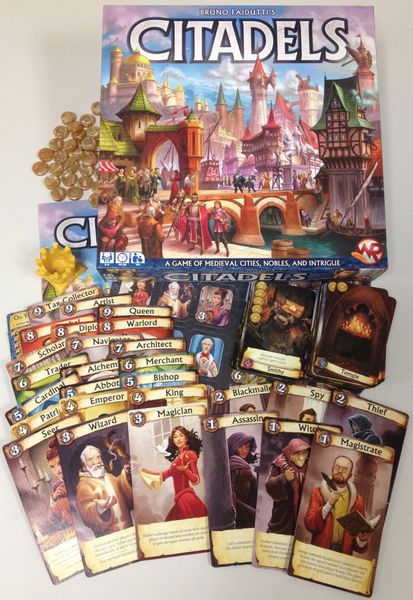 With dozens of role cards and a whole pile of city cards, each with various abilities and bonuses, Citadels offers enough combinations and possibilities to keep your play group interested for years. After all it’s only been one of the most highly-rated games of all time for nearly 20 years. 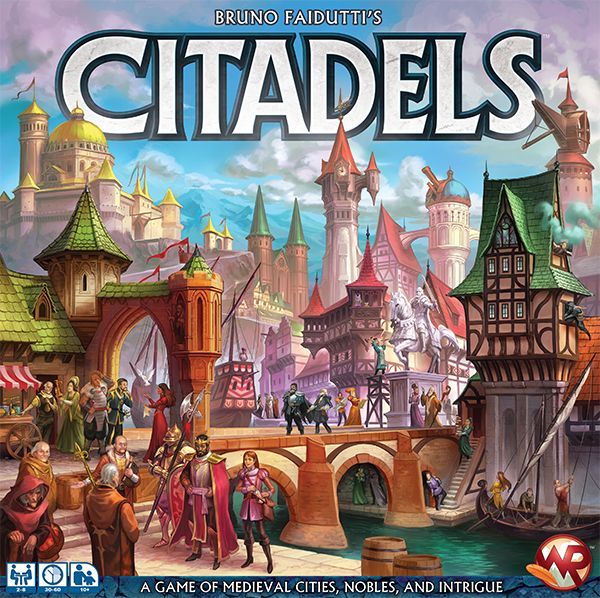