Tiny Epic Zombies, a sequel to Forbidden Island, and what’s hot on Kickstarter this week on the News Brief!

Put Together by Calvin Wong

Yeah, that’s a sequel to the smash hits Forbidden Desert and Forbidden Island. ONLY IN THE SKY.

Greenbrier Games has just announced the wide release of their expansion to Of Dreams & Shadows, a tense dark fantasy co-op game that was one of my hidden gems of last year.

Telling the tale of the Wendigo, a monster from Native American mythology and how it’s taking over the realms. Featuring experienced versions of the champions from the base game, The Monster Within is available right now.

As part of Scott Alme’s quest to conquer every letter of the alphabet, the Tiny Epic Series goes shambling and undead!

Yeah that’s a meeple holding a sniper rifle and a chainsaw. 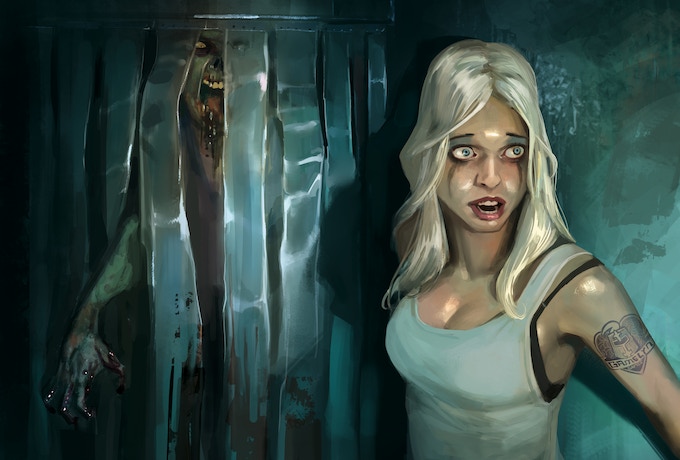 It looks so slick.

Uboot is a real time co-operative submarine game with a 3D submarine.

I got to see this close up and Essen and it looks so awesome. Little crew member minis clamber up and down compartments as you try and complete your mission as one of several unique roles. The minis and 3D sub come in the basic pledge too!

Gentes is back with a deluxified version!

The game of ancient civilizations is back in print with a super deluxe version filled with tons of wood and metal. Hit it up!

Set in France’s Reign of Terror, The Scarlet Pimpernel is a game of forgers and farmers, favors and the bourgeoisie.

Featuring the stunning illustration of Lisboa’s Ian O’Toole, this semi-co-operative game of scandal and revolution is a sight to behold.

Garry Kasparov Replays His Four Most Memorable Games. Any chess nerds in the audience?

I had a passing interest in chess when I was younger and I definitely remember reading about the fourth game in this video and quite how brilliant the move was. It’s remarkable how deep into the game one can get.